On this website I use awtools which is a light (read not fully built) aesthetics package for all the charts and visuals. Every once in awhile I like to make tweaks so I thought I could take a minute to display some of the edits I made. Most the changes are to the color palettes, but there are a few spacing edits as well as tweaks to dark theme so why not makes a few charts. To do this we are going to need some data. Not too long ago I came across an article, The Cost of Hurricane Harvey: Only One Recent Storm Comes Close, which was discussed at length on Twitter for its visualization merit and I have long been interested in the data so that seems like a great dataset to revisit.

Now that the data is grouped I think the first question I would want to answer is a simple one: what does the distribution of disasters look like? I will group by disasters then plot them along a timeline so why not also use the new a_dark_theme which is my default theme using the IBM Plex Mono with a dark background and a couple other minor tweaks. We can size by the cost of the disaster and try to see if we notice any trends. 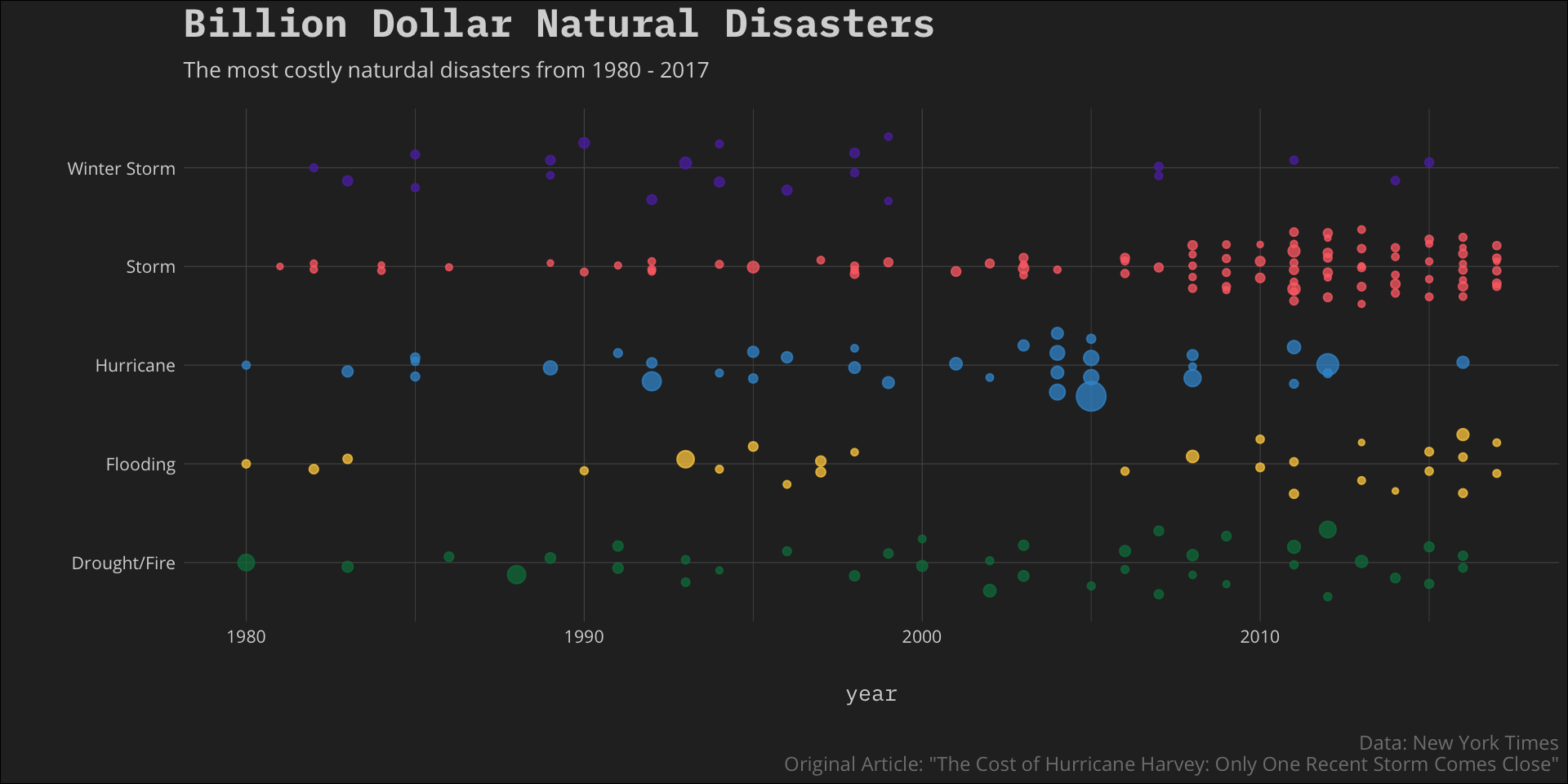 Although it looks like there may be a slight upward trend in number of disasters overall there are clear increases in the Drought/Fire and Storm groups. This makes me ask then what do these sorts of trends do to the cost of the disasters, maybe something like a running total of cost of disaster year over year.

We already have the data so let’s do it.

Now that we have the running total of cost we need to display it. I think some sort of hybrid line chart that also has points indicating the disasters themselves. 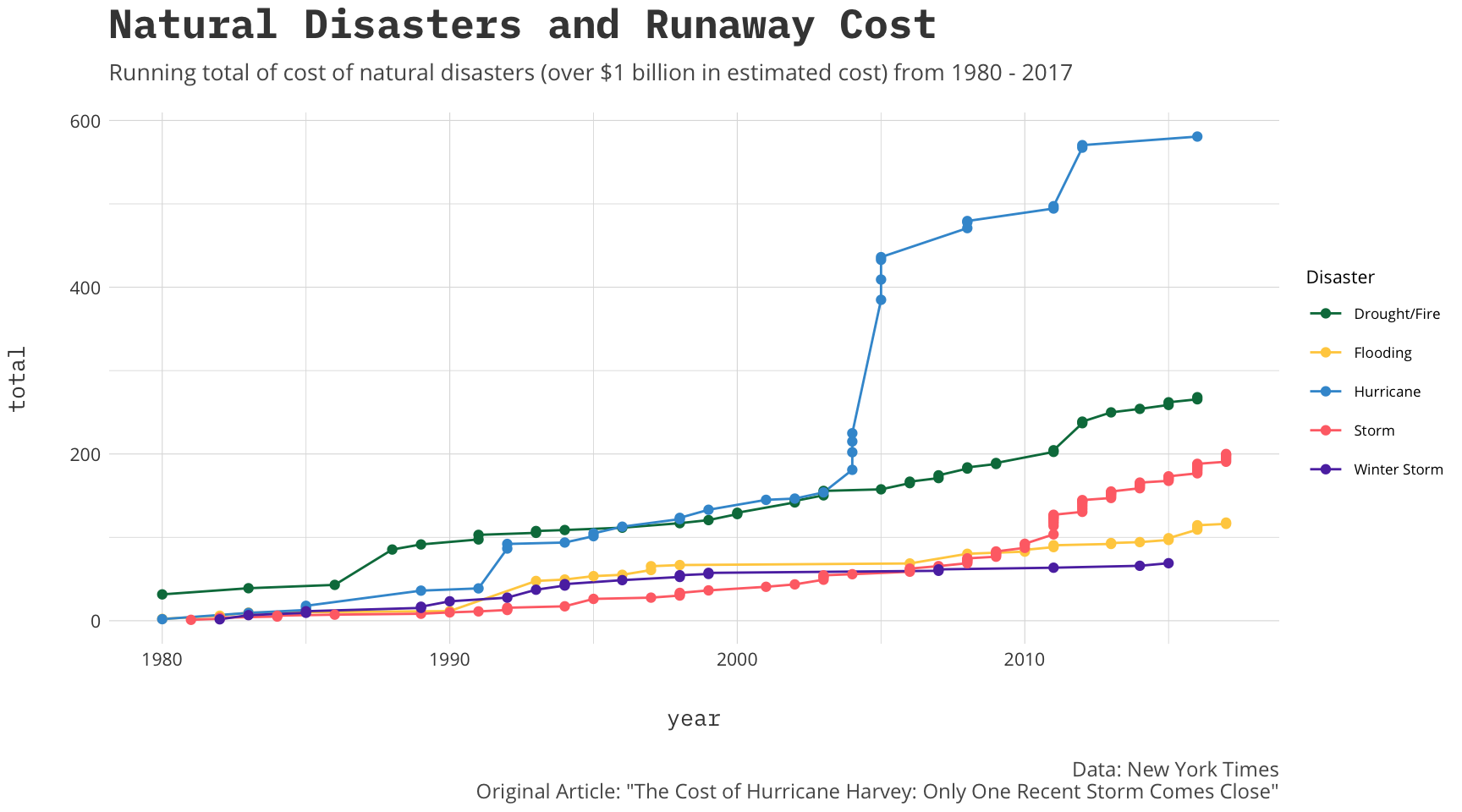 I see that the cost of hurricanes (even if I were to remove Katrina) have been rising a bit more rapidly than the other groups. Similarly we see that within the groups the steps seem to get larger since 2010.

My final question I want to ask of the data is a bit self serving and was inspired by this tweet.

I am super excited to finally give ggforce the update it deserves. Read all about the new CRAN release here #rstats #ggplot2 https://t.co/9XNxmqldQT

In this release there are tons of awesome new features but one I wanted to try was the new marking geoms that are included. To do this I will grab the top ten disasters in cost by group and plot them out over the years.

Now we can use the new geom_mark_circle to label a few. 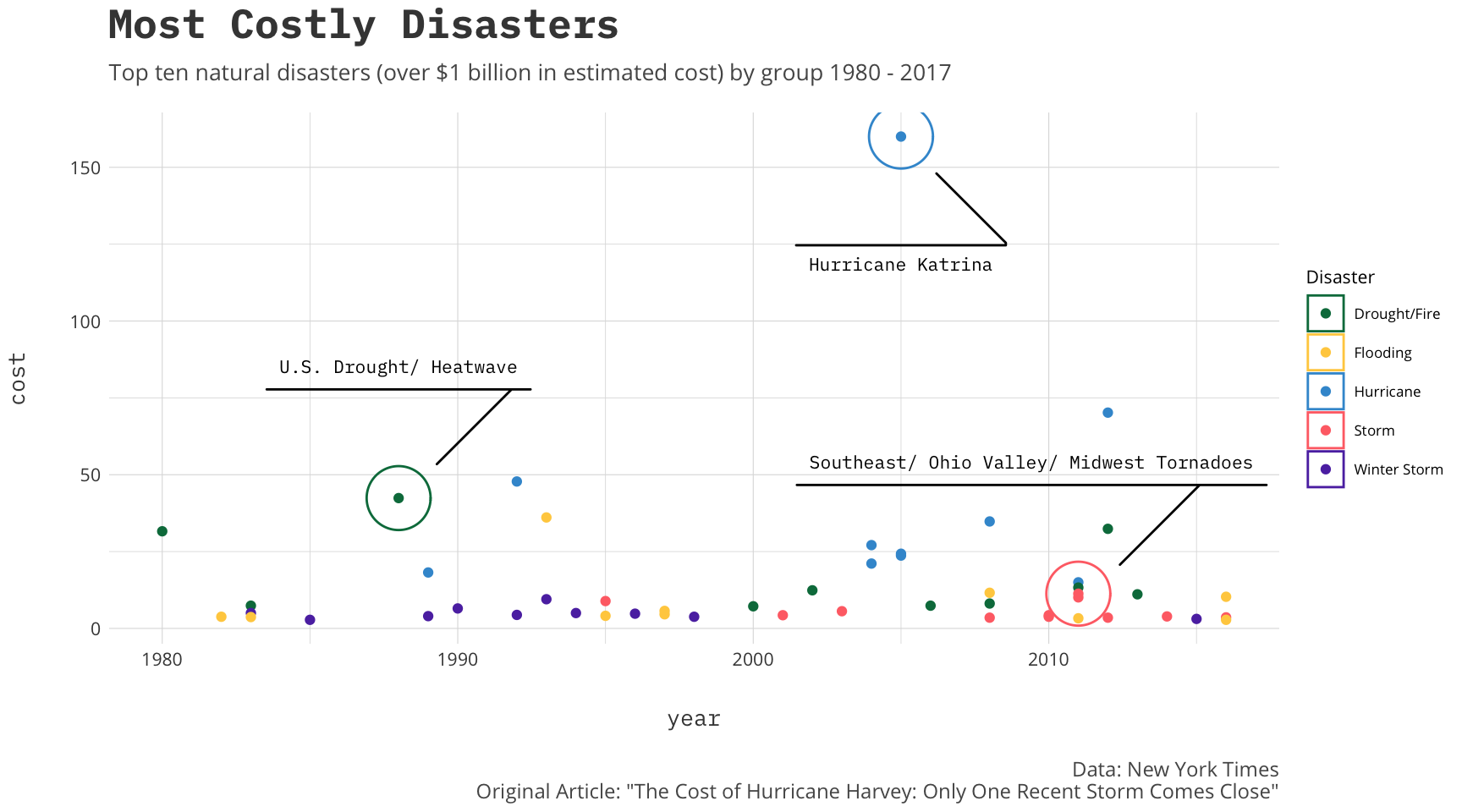